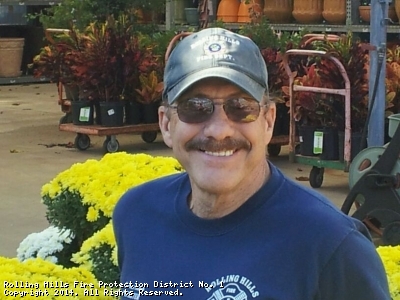 Sherman Leroy Smith, age 67, was born on December 16, 1945 in Tulsa, Oklahoma to his parents, Willard and Darline Smith. He was the first child born out of 4 children. Sherman attended Central High School and received his diploma. He also attended Tulsa Junior College for a portion of time. After graduation, he began a tour with the Army during Vietnam War earning the National Defense Service Medal, Good Conduct Medal, and Marksmen Medal. After his time with the Army, Sherman worked with ONG for 41 years until his retirement in 2010. After his retirement he became involved with the Rolling Hills Fire Department. Sherman was a very happy and outgoing man that cherished his friends and family. He loved riding motorcycles, dancing, camping, fishing, and spending time with his loved ones. Sherman is survived by his son, Richard Smith and spouse Tonya, his daughter, Richelle Rice and spouse David, his mother, Darline Smith, his sister, Cheryl Powell, his brothers, Steven and Jerry Smith, his sister, Pam Vaughn, his granddaughters, Morgan Rice and Breanna Smith, his grandsons, Kynan Rice and Cameron Smith, and his great grandson, Eli Smith. 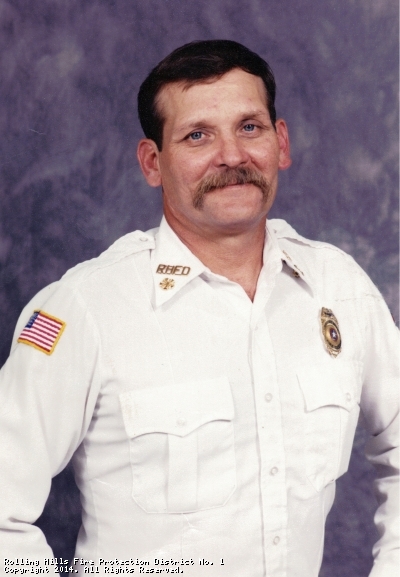 Kenneth C. Fox, November 1951 - November 2013, long time resident of Catoosa, Oklahoma. After a courageous 6 year battle with cancer, Kenneth passed away peacefully at his home in Coweta, Oklahoma, surrounded by friends and family.

He was one of three children of Leanne Martin and the late Charles Martin and was the beloved husband of Patricia Fox for over 40 years. Kenneth will forever be remembered by his devoted brother Mike Fox, loving sister Linda Crawford, beloved children Bryon Fox and KC Fox, and treasured grandchildren Alexis Dobbs, Checotah Fox, Taylor Fox, Roper Young, Cash Young, Harlee Fox, Jacob Fox, Chance Fox, along with countless other friends and family whom were blessed to know him.

Kenneth worked as an electrician and welder his entire life.

Kenneth was a Volunteer Firefighter for the Rolling Hills Fire Department for 24 years, serving as Chief for 16 of those years.

Kenneth touched the lives of many people with his smile, generosity, and service to his community. Friends and family are invited to attend a memorial service on Tuesday, November 26th, 2013, at 12:30 pm. Service will be held at Floral Haven Funeral Home Chapel, 6500 S. 129th E Avenue, Broken Arrow, Oklahoma.

Following the chapel and graveside services, there will be a reception at the First Baptist Church of Rolling Hills, 19529 E 4th Pl, Tulsa, Oklahoma, to visit with friends and family, as Kenneth would have done. 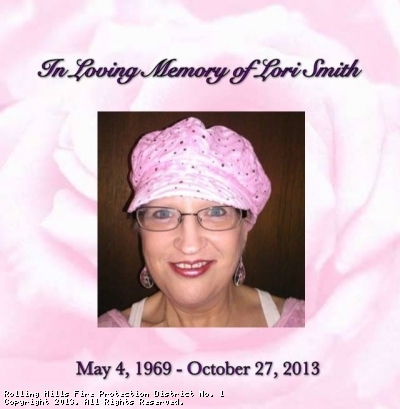 Born May 4, 1969 to Vernon and Shirley Hester, departed her home with family and friends by her side to be with the Lord Sunday afternoon, October 27, 2013.  Lori excelled at sports in school and was a 1987 graduate of Catoosa High School.  She was a catalog supervisor for Drysdales North South East and Western Wear from 2006 to date.  Lori also greeted customers and worked the door on weekends at the Hall of Fame.  Lori was very active with the Rolling Hills Fire Department and served as the Vice-President of Rolling Hills Fire Department Ladies Auxiliary.  Lori was also a citizen of the Cherokee Nation.

As most of you know, Lori had stage 4 breast cancer and ‘Fought like a Girl’ for approximately 11 years. She was a warrior and loving mother to two wonderful children. Those who knew Lori will tell you she was the kindest, most generous, positive person you ever met. Lori never complained about her situation, her pain, feeling ill or anything. Lori was Inspirational… Always doing for others and never for herself!

Lori requested to be cremated and her children are fulfilling her wishes.  At a later date, a large rock with her ashes will be placed at Floral Haven located at 6420 South 129th East Avenue, Broken Arrow, under a tree by the praying hands. Flower donations can be sent to Floral Haven or Airport Freewill Baptist Church located at 1190 North Mingo Road, Tulsa. Monetary donations to the Rolling Hills Fire Department Ladies Auxiliary, 40 South 200th East Avenue, Tulsa, OK. 74108 in the name of Lori Smith. 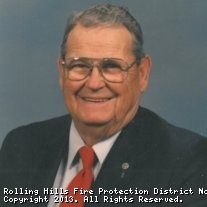 Whitey was born on January 6, 1920 in Avant, Oklahoma, where he lived until 1940. His parents were Josiah and Lula White.
Whitey was the 7th of 8 children. He attended Avant Schools.
Whitey went into the army in 1940 where he spent 1 year, then he enlisted in the United States Marine Corp in 1942. Whitey served 42 months stationed in the South Pacific where he was directly involved in 7 island invasions during World War II and many awards and honors.
When returning from the war Whitey began his career in sales. He retired in 1982. Retirement was not a word consistent with Whitey’s personality. He stayed busy by running a mail route on the weekends and reading water meters. He was a leader in their community and everyone’s “go to guy” that lived around him, but his two most favorite things were his time spent at church and his time spent running a guide fishing service on Lake Tenkiller.
Whitey lived in Avant, OK; San Francisco, CA; Tulsa, OK (Where he snagged his wife Lucille); Catoosa, OK; Keys, OK and Bixby, OK.
He was married to Opal Lucille Gage on Sept. 3, 1949 at his new bride’s parent’s home in Pryor, OK. Howard Gage, the bride’s brother officiated.
Whitey was a member of Key’s Baptist Church in Key’s Oklahoma and Crossroads Fellowship in Bixby, Oklahoma.
Whitey had many special friends. He loved everyone and everyone loved him. Whitey always became the “Greeter” at any church he attended. No one could get past him without a hug, a gesture that has always withstood in his family, because of his example. Whitey was involved in many organizations and clubs. He was a 32nd degree Mason; he was a Deputy Sheriff and then the Director of the Wagoner County Civil Defense Department. He was also an Auxiliary Police officer for the Rogers County Civil Defense. He started one of the first Volunteer Fire Departments in Oklahoma where he was the Fire Chief for almost 30 years. Whitey was also an active member of the Sheriff and Peace Officers Association of Oklahoma for many years. He was involved in the “Fellowship of Christian Anglers” Association where he spent time at the FOCUS tournaments sharing his boat, tackle and knowledge with other adults, teens and children. Whitey and his wife Lucille enjoyed spending time with families at church as Mr. and Mrs. Santa Claus. Whitey’s contagious smile and the twinkle in his eye made him the perfect Santa.
Whitey loved to fish and spend time outdoors. He spent countless hours on the water. He loved to have family and group get-togethers and provide fish for everyone. He brought to life the old adage, “Teach a man to fish and you feed him for a lifetime” in more ways than one. Whitey brought so much happiness and joy to so many people. Whether it is a “Good Morning” greeting at their home in Bixby, a genuine loving hug before a church service or simply a great big grin, pointed finger and a wink, everyone felt his love.

John William Suskey, 50, of Catoosa, OK, beloved husband and best friend of Teresa Suskey, passed away after a long illness on March 17th 2013 surrounded by the ones he laughed with, lived for, and loved so much.

John was a loving husband, father, grandfather, and friend to all. He loved the outdoors, especially hunting with his boys, and being out on the lake with his family and friends. John also enjoyed riding Harley's and taking trips together with his wife Teresa. Most of all he enjoyed making his granddaughter Cambry laugh and smile. He was always the life of the party and will be forever missed.

John is preceded in death by his mother Carolyn Suskey and father John Suskey. He is survived by Teresa, his loving wife of 31 years, sons Justin, Chris, his wife Kasey, and their daughter Cambry. He is also survived by his brother Danny, his wife Kim, their children Joshua, Jacob, and Kayla, his sister Dianna, her husband Mark, their children Savanna, Miranda, and Lance. He also leaves behind many aunts, uncles, cousins, and countless friends.

Viewing will be at Floral Haven in Broken Arrow on Thursday March 21st from 3:00-8:00. The family will be present at the viewing from 5:00-7:00. Services will be held at Skelly Baptist Church on Friday March 22nd at 1:00, followed by the procession to Dick Duck Cemetery in Catoosa. 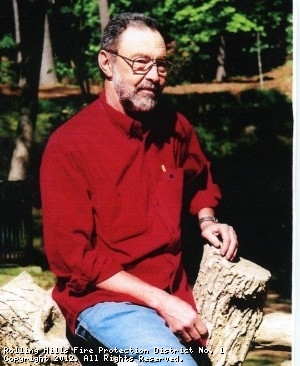 Marion was born on May 3, 1945 in Morrilton, Ark. to Othar C. and Myrtle Knight Jackson.

Marion was a member of Park Hill Baptist Church and retired from East Tulsa Trucking.

He was an Air Force veteran. In 1963, he stood Honor Guard for President John K. Kennedy’s viewing in Washington, D.C.

Marion was a volunteer firefighter, helping start Rolling Hills Fire Department and later serving of the Board of Directors of Oak Grove Fire Department.

He was preceded in death by his mother 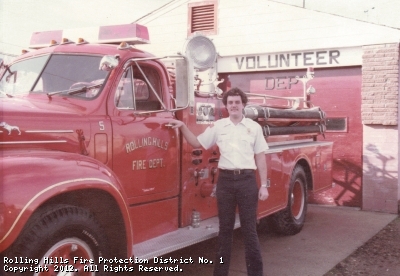 Bradley Alan Shoefstall was born July 15, 1964 in Tulsa, Oklahoma and passed away on December 31, 2005 in Tulsa. He was 41 years old. Brad was the son of Albert and Jane Shoefstall. He dedicated much of his time to volunteer firefighting. He was actively involved in the Rolling Hills and Happy Valley Fire Departments. Brad is survived by his son, Daniel Albert Shoefstall; his mother, Jane Shoefstall; sister, Heather Alphin; brother, Randy Shoefstall; one niece and one nephew. He was preceded in death by his father, Albert Shoefstall. Funeral services were held at 10:00 AM Wednesday, January 4, 2006 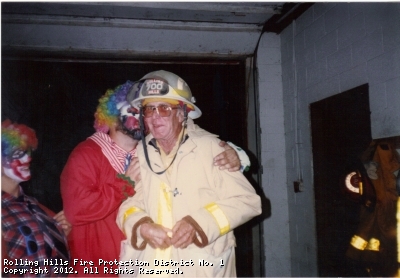 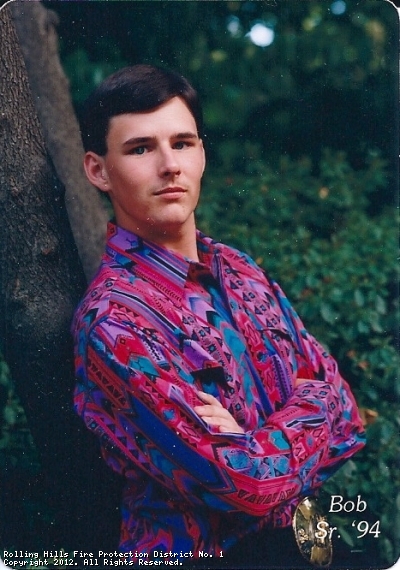 Bobby Ray Curtis, Jr., 18, died on Monday, Oct. 31.Funeral services were held on Friday, Nov. 4, at the Broken Arrow Church of Christ with Amos Davenport and Randell Elrod officiating.  Burial followed at Floral Haven Memorial Gardens under the direction of Christian-Gavlik Funeral Home.  He was born on March 15, 1976, in Tulsa, to Bob Ray and Rita (Raines) Curtis, Sr. He was a 1994 graduate of Catoosa High School.

Copyright © 2006-2021. YourFirstDue Inc. All Rights Reserved. Designated trademarks and brands are the property of their respective owners. Content on this web site is supplied by Rolling Hills Fire Protection District No. 1. YourFirstDue Inc. cannot be held responsible or liable for any content, text, pictures, or any other media found on this web site. Maintained by the members and staff of Rolling Hills Fire Protection District No. 1.
Management Login
Powered by